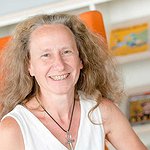 Project: "Under a serpent's spell" - Ancient Near Eastern snake cults and conceptions of serpents in the field of intra-religious and inter-religious cultural contacts from the 3rd to the 1st millennium B.C.

Individual Researcher of Under a Serpent's Spell