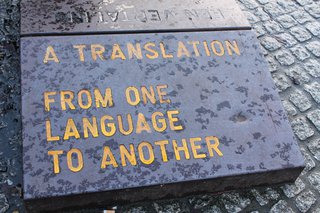 The project “How Sasanian Science and Literature passed on to the Muslims” funded by the German Research Foundation (DFG) explores what role Middle Persian played in the spreading of Greek, Indian, and Iranian scientific, literary, and religious writing in the Sasanian Empire.

According to the project's hypothesis, due to the multicultural, multilingual, and multireligious nature of the empire, translation was a firmly established, flourishing discipline in Sasanid society even before the rise of Islam. The practice of translation, so it is assumed, continued steadily from the early Sasanid era into the early Islamic times. After the wars of Islamic conquest, the Arabic language was added as a recipient and continued to develop steadily into a universal language and lingua scientia. This development eventually led to a reorientation in the already existing field of translation and Arabic became a unifying medium of different literary languages.

The project will start in June 2022 and will be implemented in two steps by Prof. Dr. Kianoosh Rezania as PI and Dr. Mohsen Zakeri as research associate: After compiling an inventory of Middle Persian literature acquired through translation, the selection criteria for translation into Arabic will be examined. Subsequently, it will be documented and discussed how Sasanid knowledge was transmitted to Muslims.