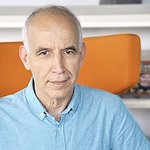 Mohsen Zakeri holds two B.A. degrees, one in literature and the second in psychology and anthropology. As a postgraduate, he studied Near Eastern studies at University of Washington and later specialized in history during his Ph.D. research at the University of Utah (Salt Lake City). After gaining a Ph.D. in history, he worked as a research associate at the Institut für Orientalistik of the Martin Luther University Halle-Wittenberg and at Friedrich Schiller University Jena from 1994 to 1999. Later, funded with DFG stipends, Mohsen Zakeri did his research on “Die Bedeutung des ‘Alī Ibn ‘Ubaida ar-Raiḥānī († ca. 219/834) als Mittler iranischen und griechischen Erbes an die islamische Kultur“ at Goethe University Frankfurt. A subsequent research project was on „Der ‘weise’ Herrscher: In der persischen und frühislamisch-arabischen Fürstenspiegelliteratur“ at University of Göttingen. In 2014, he took the position as substitute professor for Islamic studies at the latter institution.

Over the past decade, Mohsen Zakeri finished the edition, translation and commentary of Persian Wisdom in Arabic Garb, which was awarded the Book Prize of the Year of Iran in 2009.

Research Associate of Center for Religious Studies , How Sasanian Science and Literature passed on to the Muslims and Western Asian History of Religions