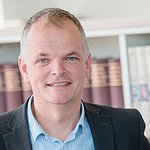 Project Leader of Attractive Ethics , Attractiveness through Ethics. Interactions between Jewish, Hellenistic-Roman and Christian Ethics in Antiquity , Purity and Impurity in the New Testament with Special Consideration of the "Cleansing of the Temple" and 1 Corinthians and The New Testament and Mystery Religions