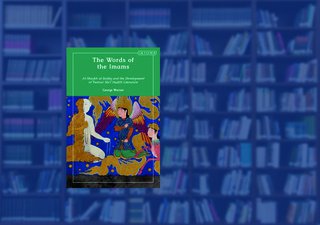 Quite recently, CERES scholar George Warner published his new book The Words of the Imams: Al-Shaykh Al-Saduq and the Development of Twelver Shi'i Hadith Literature. In his publication Warner explores the importance of a special branch of hadith literature for Shiites to reconnect with the twelth imam.

Ibn Babawayh – also known as al-Shaykh al-Saduq – was a prominent Twelver Shi'i scholar of hadith. Writing within the first century after the vanishing of the twelfth imam, al-Saduq represents a pivotal moment in Twelver hadith literature, as this Shi'i community adjusted to a world without a visible imam and guide, a world wherein the imams could only be accessed through the text of their remembered words and deeds. George Warner's study of al-Saduq's work examines the formation of Shi'i hadith literature in light of these unique dynamics, as well as giving a portrait of an important but little-studied early Twelver thinker. Though almost all of al-Saduq's writings are collections of hadith, Warner's approach pays careful attention to how these texts are selected and presented to explore what they can reveal about their compiler, offering insight into al-Saduq's ideas and suggesting new possibilities for the wider study of hadith.

George Warner The Words of the Imams: Al-Shaykh Al-Saduq and the Development of Twelver Shi'i Hadith Literature, Bloomsbury Publishing, 2021