Lunchbox lecture: Reassessing the Zoroastrian Apocalypse between History and Eschatology 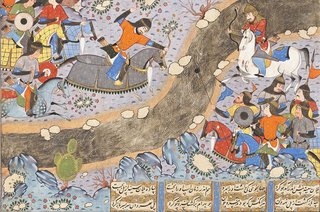 Speculations about the end of days form an integral part of the Zoroastrian tradition. In the Iranian context, however, apocalypse can have a narrower definition, that is, it can be a genre strictly related to prophecies ex eventu of historical, pseudo-historical, and mythical events that will occur at the end of the millennium of Zoroaster (the tenth out of twelve according to a Zoroastrian history of the world). Apocalyptic narrative, found mostly in Late Pahlavi literature (ninth-tenth century CE) also includes a series of characters and geographical references which reflect real episodes in the history of Iran in the Late Sasanian and Early Islamic period, while being incorporated into the mythical frame of the coming of Ušēdar, the first of the three future saviors.

This paper would take stock of the state of research so far, remind you of some of the controversial open questions that can be also related to other traditions, and give some examples of my current research methodology in the context of Late Antique and the Early Islamic Iranian apocalypse.

The lecture will be conducted as a hybrid event.

This is the Zoom link.