RUB » CERES » Person
de
Jun.-Prof. Dr. Daniel Stein Kokin is no longer a member of CERES. The information given on this page may therefore be outdated. 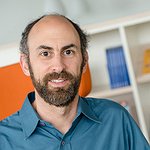 Daniel Stein Kokin's  research encompasses Jewish-Christian relations (especially Christian Hebraism), Jewish legends (especially concerning the Ten Lost Tribes), and Renaissance intellectual history. His articles have appeared in journals such as Jewish Quarterly Review, AJS Review, Jewish History, Judaica, Revue des Études Juives, Prooftexts, Renaissance Quarterly, and Storia del Pensiero Politico. He is the author of the forthcoming book, The Hebrew Question in the Italian Renaissance and editor of the collection Hebrew between  Jews and Christians, to be published in the Studia Judaica series of de Gruyter in 2016.

As a KHK Visiting Research Fellow he will work on a project entitled The Labyrinth of Jericho: Between Jews and Christians, Image and Interpretation