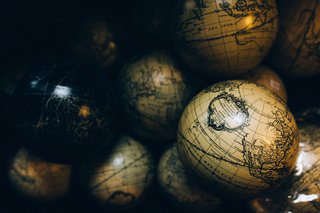 In the upcoming summer semester 2021, many interesting courses are offered for the students of the BA- and MA-programmes at CERES.

One of them is the module  "Globale Christentümer: Theologische und Religionswissenschaftliche Perspektiven" which includes a public lecture series with international scholars and courseworks. The module is held in German.

Even if Christanity is globally present since centuries, concepts like "World Christianity", "Global Christianity" or the "polycentric Christianity" have made it on the agenda of the respective disciplines only since decades. This "shift of gravity" was caused by the rising dominance of Christianity of the global South, as it can be clearly seen in the globally detectable growth of charismatic Pentecoastals. But even variants and hybrids of Christianity still play a central role in worldwide processes of transformation - quite to the opposite of the widely held assumptions within sociology and even theology of an increasing secularization within the 20th and 21st centuries. These global dynamics of Christian traditions may interact with local processes - entanglements which are discussed under the key concept of "glocalization".