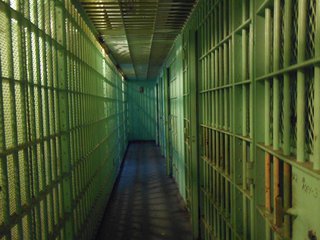 CERES researcher Dr. Sarah Jahn talks on her research on prison pastoral and religious counselling at the German Islam Conference (Deutsche Islam Konferenz). The conference was initiated by the German government as the most important forum between the German state and Muslims living in Germany. The conference which was founded in 2006 was the first national reaction, involving federal, regional and local authorities, to the relatively recent presence in historical terms of Muslims as a significant population group in Germany.

The Federal Ministery of Interior invites practioners from different fields as well as researchers to discuss the challenges of the Muslim life for the pastoral services in military chaplaincy, prison pastorals and religious counseling within hospitals. Dr. Sarah J. Jahn (CERES) talks as an expert on the situation in German prisons. She analysed in her PhD project, how the freedom of religion is guranteed and practically implemented within different German prisons.  Her upcoming publication on that topic is „Götter hinter Gittern. Die Religionsfreiheit im Strafvollzug der Bundesrepublik Deutschland“ published with Campus Verlag [in German only].