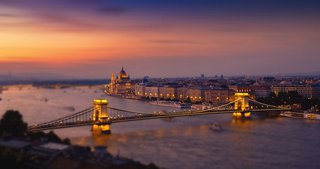 The international summer school Jews and Christians between the Mediterranean and the Indian Ocean: Co-existence and Conflict 600-1800 CE is now open for application. It will take place at the Central European University in Budapest from 10th until 21st of July 2017.

The summer school course will introduce its students to the ways in which Jews and Christians interacted in the Mediterranean, the Middle East, the Caucasus, the Horn of Africa and the Indian Ocean in the period between 600-1800 CE. This is the topic of the research project JewsEast that aims to establish a new area of study – relations between Jews and Eastern Christian communities from the rise of Islam to the end of the eighteenth century, marking the colonial conquest of Mughal dominated India. Thus, Islam as a majority and as a minority religion constitutes the background against which the new picture on Jews and Christians is being painted. The study of inter-religious dynamics is anchored in the framework of medieval and modern cultural history concerning a vast geographical area that encompasses seemingly disparate lands from Africa and the Eastern Mediterranean, through West Asia and the Caucasus, to South India, all connected through trade and travel.

The course has two aims:

It is open to researchers, doctoral and MA-level students of religion, history, and culture as well as to those of contemporary studies who would benefit from a deeper understanding and the reconceptualization of the history of present conflict zones.

Deadline for application is the 1st of March 2017.

For more information about the application process, the fees and other conditions please click here.