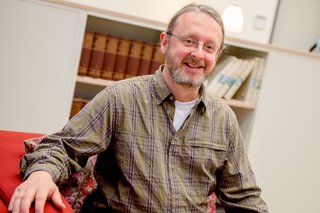 Thinking about Tibet instantly reminds of Buddhism. However, the inhabitants of this central Asian region on the high plateau have never always been dedicated to Buddhism at all. There was a time before the first Buddhist monastries and believers there. In fact, Buddhism was imported from the Indian sub-continent in a first wave in the 8th century - at a time when the Iberian peninsula was dominated by Muslim rulers and at least some major parts in Central Europe had not yet been Christianised. A second wave brought Buddhism to the meagre lands behind the Himalayans about one hundred years later. Since then, Tibetian Buddhism evolved and found its own individual unique shape.

In an Interview (in German) with the RUB news team Jan-Ulrich Sobisch explains his research in detail and what European libaries can contribute to a new understanding of Tibetian Buddhism. Find the interview here.