On Deer Antlers and the History of Religions: Radio Interview with Volkhard Krech on Evolution on Religions 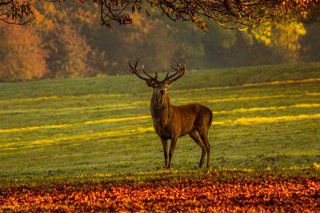 This time of the year is filled with an aboundance of symbols as for example from certain deers or reindeers refering to a redrobed mythical often overweight man-figure. However, deers or more precicely antlers can also be taken as indicators for developments in the history of religions. This approach is brought forward by CERES director Volkhard Krech who has been reseaching for almost eight months in the project THERE - Theory and Empiricism of Religious Evolution.

The research project is funded by the DFG in the Reinhart Koselleck program line. It develops a theory of religious evolution that is firmly rooted in religious studies (German: Religionswissenschaft). At the same time, it will give consideration to both the general theory of evolution and the theory of societal differentiation.