Tibetan Translation of the Uṣṇīṣavijāyadhāraṇīsūtra Produced in the Tangut Empire 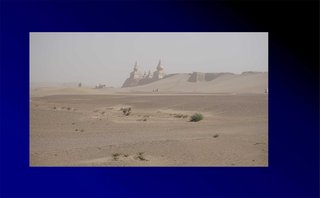 The Uṣṇīṣavijāyadhāraṇīsūtra is one of the most widespread and popular texts of its genre. In the Tibetan Buddhist canon, it is represented by five different versions (Derge no. 594–598). Another version of this Dhāraṇīsūtra was discovered among the Tibetan texts from Karakhoto kept at the Institute of Oriental Manuscripts of the Russian Academy of Sciences. It can be found in two sources: (1) an almost complete text is included in the manuscript under call number Kh. Tib. 126/159, (2) fragmentarily the same text is preserved in the famous Tibetan block print under call numbers Kh. Tib. 67 and Kh. Tib. 63/68.

In both cases, the colophon is preserved only partially. It contains the name of the paṇḍita Jayānanda, who held the position of the state preceptor (Chin. guoshi 國師) during the reign of Emperor Renzong (r. 1139–1193, 仁宗). Besides, it provides the name of the translator, Gyurjékyi lotsaba Garanakarita (fl. 12th c., Tib. Sgyur byed kyi lo tsa ba ’gar a na k-ri ta).

The version of Uṣṇīṣavijāyadhāraṇīsūtra produced in the Tangut Empire bears a resemblance to the earliest translation found in the Tibetan Buddhist canon that was made by Jinamitra (mid-8th c.–early-9th c.), Surendrabodhi (fl. early-9th c.), and Yéshé Dé (mid-8th c.–early-9th c., Tib. Ye shes sde) (Derge no. 597). It is the only canonical version where Indra acts as the protagonist, who urges the Buddha to utter the Uṣṇīṣavijāyadhāraṇī.

The lecture will outline the results of a study of the Tibetan version of the Uṣṇīṣavijāyadhāraṇīsūtra found among Karakhoto texts: in particular, utilising this example underexplored orthographic and lexical features of the translations produced in the Tangut Empire will be shown. In addition, the lecturer will present the results of the comparison between the translation from Karakhoto and the version of Jinamitra, Surendrabodhi and Yéshé Dé (Derge no. 597), conducted to obtain indirect data on the unity or similarity of their Sanskrit sources.

To join the lecture, please register at https://ruhr-uni-bochum.zoom.us/meeting/register/u5clcu6vrzMvHdDyySc27OiVk9Ons8swk4Yy