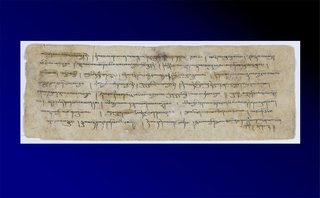 As was shown by Kirill Solonin, the cult of Vajravārāhī, a wrathful female yidam deity, belonged to one of the major stems of Esoteric Buddhist. It was natural to assume that Tibetan influence played an important role in regard of this cult, but until recently, no Tibetan texts of this kind were identified. However, it became possible only after 2017, when the P.K. Kozlov collection of Tibetan texts from Karakhoto kept at the Institute of Oriental Manuscripts, the Russian Academy of Sciences, became an object of the thorough analysis and cataloguing. A number of fragments that deal with Vajravārāhī were identified and a sample taken from the item ХТ-177 (Kh. Tib. 177) was published. In his lecture, Zorin is going to discuss all the relevant ritual texts identified in St. Petersburg, trying to reconstruct the features of the Tibetan cult of Vajravārāhī as it was known to Tanguts in Karakhoto.

Alexander Zorin is a scholar of Tibetan literature, Tibetan book culture, and the history of Tibetan Studies. For fifteen years he was curator of the Tibetan collection kept at the Institute of Oriental Manuscripts, Russian Academy of Sciences. He is currently Research Fellow of the Hebrew University of Jerusalem. His recent publications include Alexander Zorin, Tibetan Studies in Russia: A Historical Sketch (Tokyo: The International Institute for Buddhist Studies of The International College for Postgraduate Buddhist Studies, 2020) and Alexander Zorin, “On the Version of Vajracchedikā-prajñāpāramitā-sūtra Used in the 18th Century Kalmyk Scrolls”, in Revue d’Etudes Tibétaines 58 (2021): 237–266.

To join the lecture, please register at https://ruhr-uni-bochum.zoom.us/meeting/register/u50sdOqsqTgrG9GBbZSKZldEGd_acpUhteQf