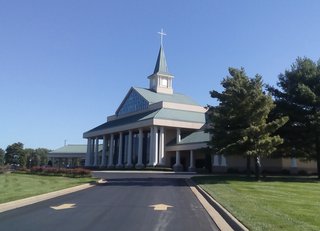 Christianity has long been the dominant religious tradition both in North and in Latin America. Internally highly diverse, it includes Catholicism as well as various Protestant traditions, such as Pentecostalism, Evangelicalism, the Mainline and, between these, many intersecting and overlapping currents. Despite this breadth, Christianity evinces structural similarities in how adherents organize to practice their faith: whether within large, bureaucratic denominations and their individual congregations (organizations); in smaller communities within or outside of religious organizations (groups); in flexible online and offline formations with various nodes and porous boundaries that integrate diverse actors, roles and identities (networks); in highly dynamic, not yet institutionalized communities pursuing specific religious goals (movements); in the context of larger gatherings, such as religious conventions (events); in the context of religious fairs and exhibitions (markets); in one-on-one religious interaction, such as praying together (dyads); or, more generally, in broadly shared religious understandings and expectations (institutions). This spectrum of social forms in the newer sociology of religion offers an alternative approach to existing concepts such as church and sect (Weber), mysticism (Troeltsch), denomination (Niebuhr), and cult (Stark/Bainbridge), and resonates with more recent discussions in the sociology of organizations about where to draw the line between religious movement and formal organization.

The aim of the workshop is to (1) bring together a range of empirical examples that demonstrate the plurality of Christianity in the Americas in terms of its social forms in past and present; (2) critically consider the potential of theories of social forms in the sociology of religion for analyzing broader changes in the American religious landscape; and (3) explore how a given Christian tradition’s dominant social form(s) may impact its ability to sustainably integrate into the American religious landscape.

The workshop is funded by the Cluster of Excellence “Religion and Politics” at the Westfälische Wilhelms-Universität Münster and is organized in cooperation with Prof. Dr. Astrid Reuter. For further information, please contact Maren Freudenberg.