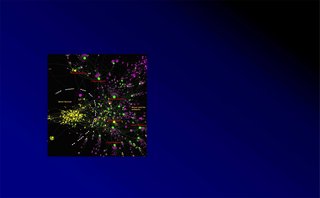 Can historical network analysis contribute to our understanding of Chinese Buddhism? The talk will describe some of the methods and data currently available for the application of formal network analysis. Formal network analysis in this context denotes the analysis and visualisation of clearly defined, computable network data. After an introduction to network analysis as a method, the lecture will describe its application with the help of two case studies. First, we will look at a network region spanning the late 3rd and early 4th centuries. The “Dao'an-Huiyuan-Kumārajīva Triangle” is a stable reference point, which, from a network perspective, emerges as the actual fountainhead of Chinese Buddhism. It will be argued that this formation was the immediate cause for the firm establishment of Mahāyāna as the dominant form of Buddhism in China. Second, a closer look at the network region modeling the late 16th early 17 century reveals two distinct stages in the late Ming (1368–1644, 明) Buddhist revival. Following the Wanli (萬曆) revival brought about by a group of well-studied, famous monks, the network perspective asserts the centrality of Miyun Yuanwu (1567–1642) and his students who came to dominate 17th century East Asian Buddhism. It can be argued that the Buddhism of Miyun's lineage differed considerably from the syncretic, inclusive Buddhist discourse of the “great monks” of the Wanli era.

Marcus Bingenheimer is Associate Professor of Religion at Temple University, Philadelphia. He specialises in the history and historiography of Buddhism, early sūtra literature, and computational approaches to research in the humanities. He has published a handful of books and more than fifty articles.

To join the lecture, please register at https://ruhr-uni-bochum.zoom.us/meeting/register/u50vc-ivqD0rH90vPWlMdkyP57AcIZWRwMDl