Lunchbox Lecture with Flavio A. Geisshuesler cancelled and rescheduled! 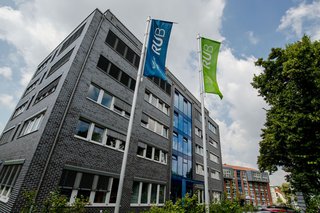 Unfortunately the Lunchbox Lecture by Flavio A. Geisshuesler must be cancelled. The event is rescheduled for a later this year.
Information about the new date will be published soon.

Title: Between Prediction and Surprise: Tantric Buddhism and the New Paradigm of Meditation Research

Meditation, particularly in the form of mindfulness-based practices stemming from Buddhism, has become a spectacularly popular phenomenon in our times. It is not only practiced by many strata of society, but also studied empirically as part of a multidisciplinary research field referred to as “contemplative science” or “contemplative studies.” Amidst this enthusiasm, it is quite easy to forget that this seeming familiarity with meditation is hiding a surprising fact, namely that our culture’s appreciation of these Buddhist contemplative practices is rather superficial. This relative immaturity has given rise to critical voices, both amongst students of the cultural-historical forms of meditation, as well as amongst scientists investigating the cognitive-psychological effects of the practice.

Scholars of Buddhism not only caution that the modern concept of mindfulness diverges from classical definitions of meditation, but also point out that it represents a relatively minor practice amongst the many contemplative exercises performed by Buddhists throughout the ages. Neuroscientists, in turn, have gradually started to shift their investigation to include other techniques, allowing them to investigate the role of memory, perception, imagination, or arousal in contemplative practices.

This project capitalizes on these existing discourses and brings them together in a revolutionary manner to make sense of meditation in its manifold dimensions. More specifically, the project offers an interdisciplinary study of meditation practices in India and Tibet by moving dialectically in between a classical historical-philological analysis of Sanskrit and Tibetan texts, on the one hand, and emergent theories from the cognitive sciences, on the other.

This methodology gives me the instruments necessary to achieve this study’s two primary objectives: 1) to present “predictive coding” as a unified theoretical framework that can be applied to the bewildering range of different contemplative exercises found in Buddhism (and beyond); 2) to apply the predictive coding paradigm to the context of Indo-Tibetan tantra in order to outline a taxonomy of key practices found in this cultural-historical context.