Lunchbox lecture by Indrek Peedu: Relating to Religion in a Secularized Society - Conceptual and Methodological Aspects 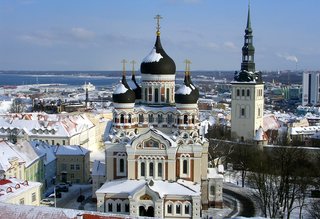 This talk by Indrek Peedu will focus on some of the complex issues that surface when one attempts to determine the religiosity of people in an increasingly secularized society. Once traditional institutionalized religions are no longer adhered to by a significant proportion of the society and newer trends and developments are still only in their constantly changing, formative stages, problems arise with determining what should count as religiosity – what kind of a behaviour or discourse should justify categorizing someone as a representative or as aa supporter of a movement, a worldview or a practice that is conceptualized as religious?

To analyse such issues, particular focus will be on the religious situation in Estonia – a place that is oftentimes called the least religious country in the world. Particular focus will on the debate regarding the applicability of the concept ‘vicarious religion’ (as initially proposed by Grace Davie) in contemporary Estonian study of religion. In recent years, the adequacy of this concept to describe Estonians’ ambivalent attitude towards Christianity has been actively discussed. This particularly interesting debate makes it possible to take a closer look at the use of concepts in the study of indeterminate and ambiguous (religious) attitudes and practices. Thus, in light of the situation in Estonia the talk will particularly focus on the use and role of concepts in such a research situation and thereby on the methodological issues in the study of ‘visible’ and ‘hidden’ aspects of religiosity.