Lecture: The Religious Right and Fundamentalist in the US 2016 Election Campaign 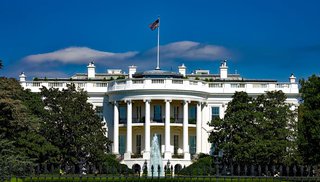 On November 8th, 2016, a new US president will be elected. As in the last years, "right-wing" or "fundamentalist" Christians - the so-called Christian right - get in on this years election campaigns. They aim to prohibit the same-sex marriage, to declare the right for home-schooling in all US states, and to dispose sexual education in school while supporting programmes that propagate sexual abstinence before marriage. Since the 1970s, the political impact of such Christian groups has grown even if their main targets were not achieved yet.

In regard to this year's US election campaign, Dr. des. Martin Radermacher (CERES), expert on US American Evangelicals, will present background information to the aims, impact, and strategies of the religious right.

He will present his paper [in German only] in Haus der Regionen (Bettrather Straße 22, 41061 Mönchengladbach)