Guest Lecture: “He Who Knows Does Not Speak”? Speech, Silence, and Ultimate Knowledge in Advaita Vedanta and Confucianism 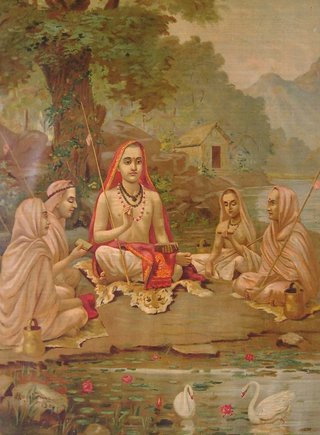 The presentation assesses the philosophical approaches to the process of attaining ultimate knowledge found in the writings of the Advaitic philosopher, Adi Sankara (788-820), and the Ming dynasty Confucian scholar, Zhan Ruoshui 湛若水 (1466-1560). Despite the fact that Advaita Vedanta and Confucianism differ in their perceptions of selfhood and in their premises regarding the nature of reality, scrutiny of textual examples shows that the two thinkers promote a path of intellectual/spiritual realization characterized by both ineffability and rationality.

On the one hand, both Sankara and Zhan claim that ultimate knowledge is unreachable through intellectual speculation: it implies mystical directness and must be accompanied by silence. On the other hand, the intellectual preparation of the aspirants by means of reading Hindu and Confucian scriptures is considered necessary by both scholars. The importance of scriptures in the process of attaining ultimate knowledge makes Sankara’s intellectual/spiritual vision closer to the Confucian approach of Zhan Ruoshui than to the vision depicted in the Daoist sources, the Daodejing and the Zhuangzi, notable for their anti-intellectual claims. In addition, the assessment of Sankara’s and Zhan Ruoshui’s perceptions of selfhood and their understanding of the mystical oneness enables evaluation of the specific forms of philosophical mysticism accepted in Advaita Vedanta and Confucianism, suggesting the existence of surprising parallels between them.