“Atmospheres”: Sacred Spaces between Immanence and Transcendence The Potential of a Concept for the Study of Religions 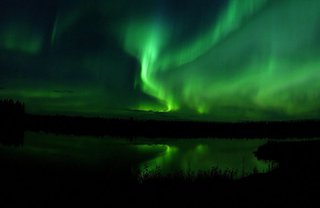 It is well established in research on religious traditions that sacred architecture has the function to make available the transcendent with immanent means (Witt­mann-Englert 2006, 7; Krech 2012, 20–21). Built places, however, do not do so ‘on their own’ but only through atmospheres – this is the basic hypothesis of our workshop.

Atmospheres, in a preliminary definition, are the realized semantic potential of socio-spatial arrangements which includes the meaning, agency, and sensation of physical space and which enables and restricts communication and sociality.

The connections between spatial semantics, atmospheres, and transcendence/immanence have not been studied systematically from a religious studies perspective. In neighbouring disciplines however, the concept of atmospheres has been discussed (e.g. Schmitz 1969; Böhme 2013). In addition, the recent turns in the social studies and humanities (spatial, somatic, material turn) have addressed aspects of what constitutes atmospheres. This is where the workshop takes off: In interdisciplinary discussion, we will debate how the concept of atmospheres might be useful for the study of religions.

Finally, sacred spaces are “contact zones” (Pratt 2008), places where representatives of different cultural and religious traditions meet – particularly in culturally and religiously plural societies. It is not just the “spatial iconicity” (Engelbart/Krech 2016, 199) of sacred architecture which permits interreligious encounter (see also Knott et al. 2016). The atmosphere of these places can – in the emic perspective – be “inviting” or “excluding.” The dynamics of inter- and intra-religious contact, therefore, are decisively but usually implicitly influenced by atmospheres. To understand these processes better, the workshop takes a step towards a theoretically precise and methodically operational concept of atmospheres.

Workshop's programme (in German only)