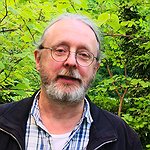 Jan-Ulrich Sobisch studied Tibetology, Classical Indology, and Philosophy at the University of Hamburg from 1985‒1992. His dissertation dealt with the embedding of Tantric teachings in Buddhism in Tibet. From 1994‒1999 he worked for the Nepal-German Manuscript Preservation Project (NGMPP) and discovered 30 handwritten volumes of one of the most important historians and authors of Tantric works of Tibet (A mes zhabs, 1597‒1659). From 2000‒2003, he conducted research on these works in Munich at the Ludwig Maximillians University and published two monographs on these manuscripts, in which he investigated, among other things, the Tibetan genre of “documentation of transmissions” (gsan yig, thob yig) and the tantric Lam ʼbras and Hevajra literature in India and Tibet.

In 2003, he took up the position of Assistant Professor in Copenhagen and served as Professor for Tibetology there between 2006‒2016. In 2017, he conducted research at the Käte Hamburger Kolleg Fate, Freedom and Prognostication at Friedrich Alexander University in Erlangen and published a monograph on Tibetan methods of dice and Mālā divination. In 2018, he was awarded the German Humboldt Research Award in recognition of his research achievements and went to the Center for Religious Studies (CERES) at Ruhr-Universität Bochum, where he has since conducted research on tradition-building processes in Tibet and worked on issues related to the relationship between religion and science and the importance of religious concepts for the reconciliation of international conflicts.

In 2020, as a result of 15 years of intensive research, he published a study on one of Tibet’s Buddhist classics, the Single Intention (dGongs gcig). Since April 2021, he has been on loan to the Ludwig Maximilian University of Munich for one year as interim professor.

Research Associate of CRC 1475 „Metaphors of Religion“ and Subproject A03