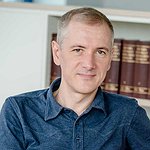 Grégoire Espesset holds a M.A. degree in Chinese studies (1994) and a M.A.S. degree in comparative history of civilisations (1996) from the Université de Provence. He earned his Ph.D. in Asian studies from the Université Paris 7/Diderot (2002). He participated in numerous international research projects thanks to many fellowships awarded by, among others, the Academia Sinica in Taiwan (Distinguished Postdoctoral Fellowship, 2003–2005), the Japan Society for the Promotion of Science (Kyoto University, 2006–2008), the Ministry of Foreign Affairs, R.O.C. (Taiwan Fellowship Program, 2011–2012) and recently the IKGF Erlangen (Visiting Fellowship, 2012– 2013). Additionally, he was assigned as the substitute for the prestigious Chair of History of Taoism and Chinese Religion at the École Pratique des Hautes Études (EPHE, Paris) from 2008 to 2010. He is currently affiliated to the Centre de Recherche sur les Civilisations de l’Asie Orientale (CRCAO, Paris) as associate member and to IKGF Erlangen as research partner.

Grégoire Espesset specialized in Taoism and Chinese ideologies and religions during the early medieval era (later Han to early Tang). Next to many articles published in first-rate periodicals, he is one of the contributors to The Encyclopedia of Taoism (2008, 2 volumes, edited by Fabrizio Pregadio) and the author of four hundred entries in the Grand Dictionnaire Ricci de la Langue Chinoise (2001, 7 volumes, edited by the Ricci Institute). During his fellowship with us, he will work on the concept of “Buddho-Taoism” within a project titled The Scripture Within the Scripture: Chinese Strategies for the Phagocytosis of Foreignness in “Buddho-Taoist” Texts (Fourth–Ninth Centuries).

Duration: October 2014 to September 2015
Project: The Scripture Within the Scripture: Chinese Strategies for the Phagocytosis of Foreignness in “Buddho-Taoist” Texts (Fourth–Ninth Centuries)