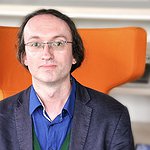 Dylan Esler is a scholar and translator of Tibetan Buddhist texts. He holds a PhD in Languages and Literature from the Université catholique de Louvain and an MA in Buddhist Studies from the School of Oriental and African Studies, University of London. His PhD thesis consisted in an in-depth hermeneutical study, along with integral translation and critical edition, of gNubs chen Sangs rgyas ye shes’ bSam gtan mig sgron, a seminal tenth-century Tibetan text on the subject of meditation.

He presently works at the Center for Religious Studies (CERES) of the Ruhr-University Bochum on the project An Enquiry into the Development of the Dzogchen Tradition in the Commentaries of the Tibetan Scholar Nubchen Sangye Yeshe (10th century), which is sponsored by the German Federal Ministry of Education and Research.

Prior to that, he worked on the DFG-funded project Nyang ral and his Codification of rNying ma Literature and Ritual, also at CERES. He is also affiliated with the Institut Orientaliste de Louvain. His research interest focuses on early rNying ma expositions of rDzogs chen and Tantra.

Research Associate of An Enquiry into the Development of the Dzogchen Tradition in the Commentaries of the Tibetan Scholar Nubchen Sangye Yeshe (10th Century) , Center for Religious Studies and Nyang ral's Codification of rNying ma Literature and Ritual