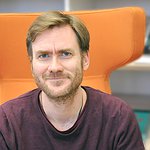 Bernd-Christian Otto studied Religious Studies, Philosophy and Psychology in a M.A. program and narrowed his focus to Religious Studies in his Ph.D. research. After gaining his Ph.D. in 2009, he joined the University of Bergen in Norway as a visiting research fellow, where he took part in a book project titled Defining Magic. A Reader. From 2010 to 2014 he worked as a postdoctoral researcher on a project about the historicization of religion at the University of Erfurt. Since 2014 he has been a member of the research group “Religious Indivualisation in Historical Perspective” at the Max Weber Centre for Advanced Cultural and Social Studies at the University of Erfurt. In 2017 he finished his Habilitation treatise titled Ritual Dynamics and Rejected Knowledge: A Historical Study on a Deviant Text Tradition at the Max Weber Centre in Erfurt.

Additionally, Bernd-Christian Otto is a permanent board member of the European Society for the Study of Western Esotericism, and a member of the Deutsche Vereinigung für Religionswissenschaft, the European Association of the Study of Religions, theInternational Association for the History of Religions, and the Societas Magica. Besides his academic career, Bernd-Christian Otto also worked for several years as a teacher for Ethics in Heidelberg.