Lunchbox lecture: Specifying the Scientific Character of Research: History intertwined with Identity in the Study of Religion 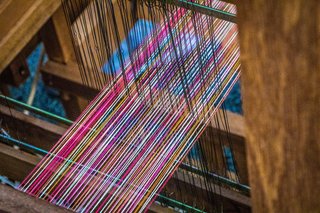 What makes the study of religion a scientific enterprise? Attempts to offer satisfying answers to this question have been part of the academic study of religion ever since the end of the 19th century. However, as one might suspect, one can find very different views with regard to this.

In this presentation the lecturer will concentrate on two particularly interesting examples. First, how the scientificity of research is understood in the evolutionary and cognitive study of religion and secondly, how it is understood in an older tradition that could be described as that of the comparative history of religion. These two are particularly interesting because they are also in direct and critical dialogue with each other.

Furthermore, he will also show how this is far from being merely a theoretical debate and instead does have clear methodological consequences and even more interestingly, has become an issue of disciplinary identity in the study of religion. Subsequently, in the second part of the presentation, the lecturer will highlight some of the ways how the study of the history of the discipline has become more and more intertwined with disputes over the scientific identity of the scholar. One can seriously question the accuracy of such historical depictions, but one also needs to ask what an academic discipline is actually like from a historical perspective and therefore, what the history of a discipline should actually focus on.

Overall, it will be shown how concerns about the identity of the scholar, about the true scientific character of the researcher and about the relevant history of the discipline are clearly intertwined in contemporary study of religion.

The lecture will be conducted as a hybrid event. This is the Zoom link.