The Refined Art of Manichaean Upāya: How Chinese Manichaeans Used Buddhism for Their Own Purposes 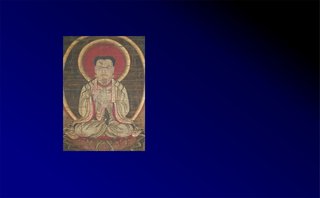 Mānī (216–ca. 277 AD), the founder of Manichaeism, was brought up in a Jewish-Christian community at the end of the Arsacid Dynasty (247 BCE–224 CE). After several private revelations, he established his own religion, which he and his disciples propagated in the newly established Sasanian Iran. During his lifetime, Mānī was surrounded by various religious traditions of the ancient world and these traditions naturally left their traces on his religious system. In 242 CE, during his first mission to the eastern borders of the Sasanian Empire (224–651), Mānī encountered both Hindu ascetics as well as Buddhist and probably Jain monks. These encounters must have further contributed to his approach to self-denial and self-discipline.

Spreading along the Silk Road, Manichaeism arrived in China in 694, where it remained basically a religio licita until 842. After the Huichang persecution (842–845, 會昌), Manichaeans found a relatively safe harbor in the southeastern regions, especially in Zhejiang (浙江)and Fujian (福建) provinces, where they survived for centuries, as reports from the Song (960–1279, 宋), Yuan (1279–1368, 元) and Ming (1368–1644, 明) Dynasties attest.

During the 4th–9th centuries, when Manichaean missionaries spread their teachings along the Silk Road, Buddhism once again had a huge impact on the terminology of Manichaean scriptures that, meanwhile, were translated into Parthian, Chinese, and Uyghur. These Manichaean translators used a translation technique that Mānī himself had declared during his lifetime: one should make the original Manichaean content sound familiar to the local inhabitants, thus these newly translated scriptures are replete with the unique expressions of the then highly popular Buddhist tradition(s).

In his presentation, Kósa explores some Chinese Manichaean scriptures from Dunhuang that use Buddhist and Buddhist-like metaphors, as well as some Manichaean paintings that likewise apply Buddhist iconography to express their Manichaean message.

Gábor Kósa is a Historian of religion. He is Associate Professor at ELTE University (Budapest), and specialises in Chinese religions. His recent publications include: Gábor Kósa, “A Manichaean Pure Land. The Buddhisized Description of the Realm of Light in the Chinese Manichaean Hymnscroll (cols. 261–338),” in Pure Lands in Asian Texts and Contexts: An Anthology, ed. Georgios T. Halkias and Richard K. Payne, 707–743 (Honolulu: University of Hawai’i Press, 2019) and; Gábor Kósa, “Zarathuštra in the Chinese Manichaean Manuscripts from Fujian,” Quaderni di Studi Indo-Mediterranei XII (2019 [2021]): 135–171.

To join the lecture, please register at https://ruhr-uni-bochum.zoom.us/meeting/register/u5Elceqtrz0vHtwfYcgIM8V6kagq8TnoayOR