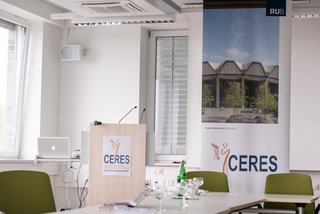 Unfortunately the Talk with Flavio A. Geisshuesler must be cancelled. The event is rescheduled for a later this year.
Information about the new date will be published soon.

Title: Framing the Sky: Great Perfection Meditation and the Tibetanization of Buddhism

This study offers an introduction of the famous Tibetan practice known as “Direct Transcendence” (thod rgal, Tögal) in order to explore its origins, development, and relevance for the study of meditation more generally. In what is likely one of the world’s most extraordinary techniques of meditation, yogis sit on top of mountains and gaze into the dark blue of the open skies above Tibet until they start to perceive specks of light that grow into complex mandalic shapes until they finally swirl back into empty space.

Drawing on a vast range of primary sources (such as Dunhuang manuscripts, 10th-century tantras of the Dzogchen tradition, 14th-century commentaries, as well as other mythical-ritual texts belonging to the Ancient School of Buddhism and Tibetan Bön), it not only reveals the unexpected origins of this practice—demonstrating that it likely originated amongst shamanic practitioners prior to the introduction of Buddhist to Tibet in the 7th century—but also asks larger questions regarding the nature of meditation. Indeed, despite its esoteric character, scholars have compared the Tibetan sky-gazing technique to mindfulness meditation, which has become phenomenally popular across Western societies in recent decades. It has not only been argued that these types of practices share a frame of mind characterized by freedom, but also a series of closely related traits, such as present-centeredness, relaxation, or a non-judgmental attitude.

This study contextualizes Tögal practice within a larger contemplative system, which includes mythical-historical narratives of origin, anatomical descriptions of our subtle bodies, and philosophical speculations about the nature of language, in order to show that meditation is not simply dominated by freedom. On the contrary, this research project provides the reader with a series of “frames” that not only demonstrate that meditation frequently confines our freedom, but also suggest that its truly liberating power stems from increasing our awareness of the various limitations that make up human existence. Amongst many other things, it shows that present-centeredness requires us to be aware of our pasts, relaxation involves an appreciation of our bodily energies, and a non-judgmental attitude calls for an understanding of how our brains are inherently geared towards structure and meaning- making.