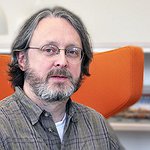 Jan Sobisch studied Tibetology as main subject at Hamburg University (1985-1992, Prof. Seyfort Ruegg), and the minor subjects Classical Indology (1986-1992, Profs. Schmithausen and Wezler), and Philosophy (1990-1992, Prof. Schnädelbach). During his dissertation (Prof. David Jackson), he worked on a genre of Tibetan literature that debates theories of simultaneously practising without conflicts and within a single mental continuum the ethics and vows of sravakas, bodhisattvas and mantra adepts. During these years (1994-1999) he also worked half time in the Nepal-German Manuscript Preservation Project for Prof. Wezler. While working for the project, he discovered among microfilms made available to us the 30 volumes of the complete works of A mes zhabs (1597-1659), one of the most prolific Tibetan writers on history and mantra.

This enabled him to obtain two stipends from the German Research Council (DFG) for studying the manuscripts of A mes zhabs' works (leading to the publication of a catalogue and study) and his documents of transmission (gsan yig or thob yig). The latter project Sobisch passed on to a successor when he accepted the position of an assistant professor in Copenhagen. Within A mes zhabs' works he found numerous writings on the Hevajra Tantra and the connected Path with Its Fruits cycle (lam 'bras). These he researched in his early years in Copenhagen, leading to the publication of a study of the Indian and Tibetan literatures of these teachings. In 2006, he received tenure in Copenhagen and put much effort into building a study program for Tibetan that included classical, Buddhist, and modern studies. His research in the past ten years focussed on the early 'Bri gung bKa' brgyud pas and their unique dGongs gcig, a text that had a tremendous impact on the formation of the bKa' brgyud pas from the 13th c. onwards. His monograph on this work is accepted for publication in the Indian and Tibetan Buddhist Studies Series of Wisdom Publications.

Unfortunately, the Danish government began a series of dramatic budget cuts that resulted in the dismissal of over 500 persons at the University of Copenhagen. In order to save the larger programs like Chinese and Religious Studies, his institute leadership decided to sacrifice the smaller subjects like Tibetan, Sanskrit and Thai Studies, and Sobisch was laid-off with six months notice in February, 2016. In the same year he was granted the Humboldt Research Award in recognition of his entire achievements in research to date.